3M Anti-Graffiti Film for windows is a distortion-free, optically clear film. It is designed to protect mirrors, graphics, windows, and others surfaces which are often elements of retail, commercial, and public facilities. 3M Anti-Graffiti Film may be used for exterior and interior applications. It is offered in two thicknesses to prevent graffiti damage to surfaces in high and low risk environments and protect against damage from glass-etching.

If the 3M Anti-Graffiti Window Film is etched or scratched, it serves as an invisible barrier of protection that may be removed and replaced instead of the expense of replacing the glass. The protection provided by this film is practically invisible, not affecting the appearance of window glass or other surfaces to which it is applied. 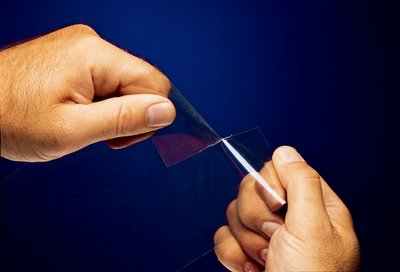